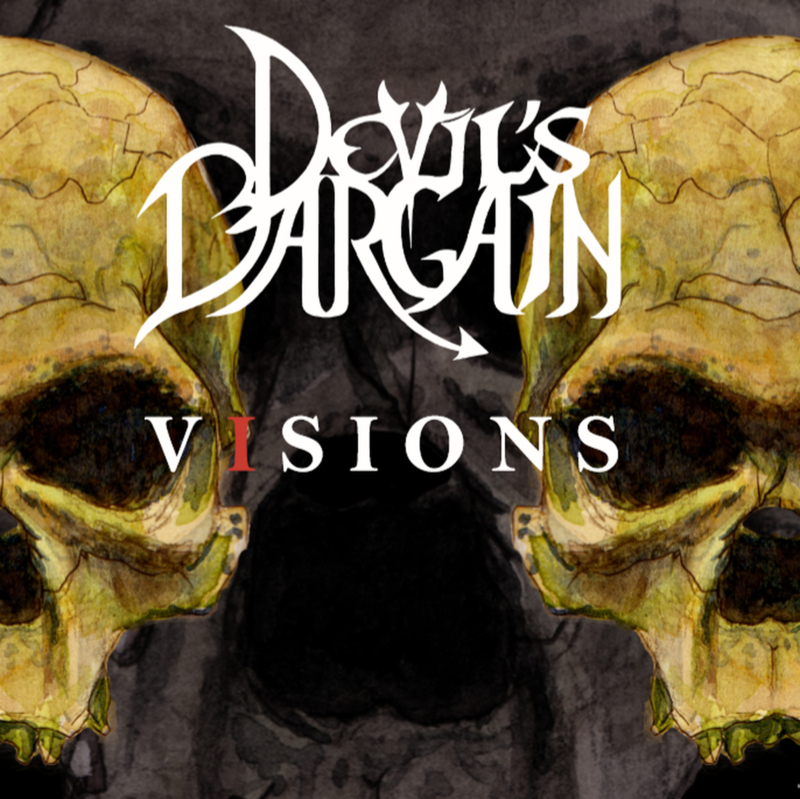 Visions is a heavy metal album that could not have come at a more accurate moment. It was written as a compilation of visions about how we would feel and behave right before the end of the world. Each of the songs reflects a different version of reality, both externally and internally. They reflect different aspects of the human condition and of our relations with one another. It was conceived months before the current pandemic hit the world, which gives it much stronger ties to reality. It is almost as if we had predicted it...

A short description of each of the songs:

1) Sewer Rats: a woman had visions of some sort of calamity that was to occur. Instead of heeding her warnings, a group of people decided instead to gather together and launch an inquisition, burning her and any others like her at the stake. Each of the songs that follow is one of those visions.

2) Endless Fight: we often treat those who fight against all odds, even if they cannot win, as courageous and strong. But is it courage or foolishness to fight when there is absolutely no chance of victory? How much do we have to lose until we give up on a lost cause?

3) No Return: the other side of the coin from the previous song. In a situation where the end is inevitable due to our own actions, all we have left is either to keep endlessly fighting or to give up and let fate finally take control. Perhaps it would be best to fix things before we are forced to make this choice.

4) Devil's Bargain: this is a song about a bad relationship. Or is it? And what kind of relationship? It certainly does not sound like the usual "break-up" style of song. Perhaps it has more to do with a relationship with an idea? Or a group? Who knows...

5) Sign Of The Times: in times of trouble people tend to point fingers at each other, blaming them for all of the problems. However, at the end of the day, the world is not colored in black and white, but in shades of gray. The end of the world is unfolding, but we are stuck in a line holding it on our shoulders while everyone is screaming at each other.

6) Your Disposal: young people never do anything right. They are terribly unprepared for the real world, and all they can do is whine about how  their ship is sinking. Nevermind that we were the ones who raised them. And everything they learned, they learned directly from us. And that they are just trying to fix our mistakes. No, they are the problem. That and those stupid participation trophies (which we gave them, of course).

7) Symphony Of Silence: one day the end will really come. Maybe that moment is now, maybe it is not.There is no telling when, where or how that will happen. It will not be a happy moment, and it will not be a pleasant moment. But at least, when all is over, at least we will have true peace.